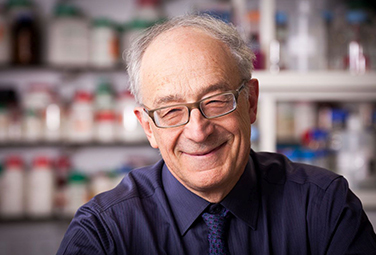 Dr.Isenberg is the academic director of Rheumatology at University College London (UCL). He trained at St Bartholomew and North London hospitals, and at the laboratories of Drs. Ivan Roitt (The Middlesex Hospital London) and Robert Schwartz (New England Medical Centre in Boston). Dr. Isenberg has been associated with the SLE cohort at UCL hospital (700 patients) since 1979 and currently chairs the BILAG group (responsible for developing the BILAG index), the Lupus UK’s Research Committee and a Local Clinical Trials Network Enabling Group in North London. He is a former chair of SLICC, ex-president of the British Society for Rheumatology (2004-2006), and ex-Chair of its Biologics Register Committee (2006-2011). He received the Evelyn Hess Award (2010) from the Lupus Foundation of America for his outstanding contribution to SLE – the first non- North American to receive it; the Roger Demers Award from the Laurentian Conference of Rheumatology (2012) for “his unique contribution to international rheumatology”; and the Reumeritas Award given biannually by the Portuguese Rheumatology Society for scientific merit in the field of rheumatology (2016). He has published 540 original articles and over 285 reviews, chapters and written and/or edited 20 books. His alter-ego ‘Lupus Dave’ sings and writes for ‘Lupus Dave and The Davettes’!