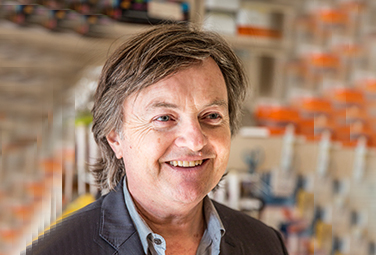 Dr. Eric Morand is Professor and Head, School of Clinical Sciences, Faculty of Medicine, Nursing and Health Sciences at Monash University, and Director of Rheumatology at Monash Health in Melbourne, Australia. He trained as a specialist physician in rheumatology in Australia and at the Royal National Hospital for Rheumatic Diseases in the United Kingdom.

Eric has led the Rheumatology group of the Monash Centre for Inflammatory Diseases since the mid-1990s. His laboratory research focuses on the effects of glucocorticoid-induced proteins in SLE and RA. He founded the Lupus Clinic at Monash Health, which now hosts Australia’s largest longitudinally studied lupus cohort, pairing dense clinical data acquisition and serum/DNA/cell biobanking. He has published over 170 peer-reviewed publications, book chapters and patents, which have been cited more than 6000 times resulting in an h-index of 50.

Dr. Morand is the current Chair of the Asia Pacific Lupus Collaboration; he chaired the Organising Committee for the 2017 International Congress on SLE. He is a member of the Editorial Advisory Board of Nature Reviews Rheumatology. He received the Australian Rheumatology Association Parr Prize in 2001 and the Lupus Research Institute’s US$1million Distinguished Innovator Award in 2015.