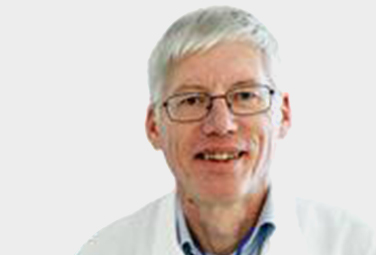 Dr. Ola Nived studied medicine at the Royal Caroline Institute (Stockholm) graduating in 1973. He started the Lupus unit in Lund in 1980 together with Professor Gunnar Sturfelt, also a SLICC member from 1989 until his passing in 2016. His specialist thesis dealt with SLE epidemiology and infections in SLE; he was appointed Associate Professor of Rheumatology at Lund University in 1986.

Dr. Nived participated in the first NATO meeting (Birmingham, England, 1988); he remained a member of NATO and eventually became a member of SLICC until 2015. In 2015 Ola became emeritus member; Ola has contributed to the SLICC cohort with newly-diagnosed lupus patients; he has also engaged in validating new indices.

Dr. Nived main research interest has been SLE, especially the epidemiological aspects of the disease but also many clinical projects with about 200 published original articles. The group that he constituted now consists of about 20 local members and has produced about 400 scientific publications. The current leader of this group is Professor Anders B Bengtsson, also an SLE researcher. At the present, Ola is working in clinic and research activities about one day each week; the rest of his time he is devoting to his family and some hobbies (e.g. Steam locomotive driving in northern Sweden).