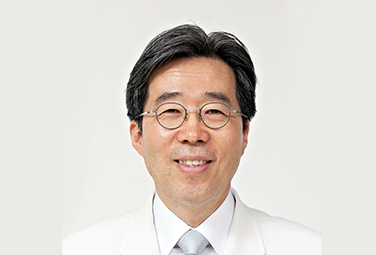 Sang-Cheol Bae is a Full Professor (1993~) and Distinguished Professor (2012~) of the Hanyang University; the former Director of the Hanyang University Hospital for Rheumatic Diseases (2005-2019); and Director of Hanyang University Institute for Rheumatology Research (2019~), Seoul, Korea. His illustrious career shows excellent leadership as a medical service provider as well as a clinical and translational researcher in Systemic Lupus Erythematosus [SLE] and Rheumatoid Arthritis [RA]. He is taking on the roles of a full member of National Academy of Medicine of Korea (2011~), the formal president of Korean Society of SLE Research (2016~2020), Vice president of Korean Academy of Medical Sciences (2018~), a full member of Korean Academy of Science and Technology (2018~) and the elected president of 15th International Congress on SLE (2023).

Professor Bae acquired his MD in 1984, and subsequently a PhD in 1993, from the Hanyang University, Seoul, Korea. From 1996 to 1998, he worked as a rheumatology research fellow and instructor at the Brigham and Women’s Hospital, Harvard Medical School, Boston, USA. In 1998, he also obtained a Master of Public Health degree from the Harvard School of Public Health, Boston, USA.

Professor Bae’s major research interests include 1) clinical epidemiology 2) genetic epidemiology 3) precision medicine, in the field of rheumatic diseases, particularly SLE and RA. He has published ~700 articles on these topics in peer-reviewed journals.

Throughout his illustrious career, Professor Bae has been honoured with numerous academic awards, including the 2008 Distinguished Clinical Investigator Award by the Asia Pacific League of Associations for Rheumatology, 2010 Hanmi Proud Doctor Award by the Korean Medical Association, 2016 Minister of Health & Welfare Award, 2017 National R&D Excellence Award by Minister of Science and ICT, 2018 Wunsch Medical Award by the Korean Academy of Medical Sciences, and 2019 Paiknam Distinguished Scholar Professor award by Hanyang University.